Scott Schuman – better known as The Sartorialist – has emerged over the last few years as the leading photographer of the blogosphere. Since September 2005, on his blog The Sartorialist (http://thesartorialist.blogspot.com/) he has recorded not exactly "street fashion", but how both men and women with great style look when they venture out on the street.

Schuman shoots digitally and posts his photographs on the web, where his blog is currently visited by approximately 250,000 people a day, many of whom take the time to comment – usually voicing support, but sometimes critiquing the most minute detail of a subject's outfit. It is one of the most popular blogs on the web and has caused Schuman to be listed as one of TIME Magazine's top 100 design influencers.

This exhibition provides the first opportunity of seeing The Sartorialist's prints in real life.
While he began shooting as a self-taught photographer, The Sartorialist's images have become increasingly accomplished works of art in their own right. The photographs are artfully composed, light-infused, penetrating portraits of how fashion manifests itself in the real world as opposed to the runway - inclusive of all ethnicities, economic classes, age, and sex.

Scott Schuman was born in Indianapolis, Indiana in 1968. He majored in fashion merchandising at Indiana University before working for companies like Valentino and Onward Kashiyama, eventually opening his own showroom for emerging designers. After 15 years in the fashion business, he started The Sartorialist to, in his words, "simply share photos of people that I saw on the streets of New York that I thought looked great. When I worked in the fashion industry, I always felt that there was a disconnect between what I was selling in the showroom and what I was seeing real people (really cool people) wearing in real life."

As The Sartorialist took off, it became more time consuming and increasingly influential, and by 2006 it was Schuman's full-time job. Later that year he was approached by style.com (the official website of VOGUE magazine) to shoot in the fashion capitals of the world – London, Paris, Milan - at the time of their collections. Additionally, he now shoots and writes a monthly page for GQ Magazine and the Japanese Men's Ex. Wherever the work is published, however, it retains The Sartorialist's distinctive point of view – his feeling for time and place, his particular way of relating subject and background, and his ability to put his subjects at ease so that he can create a work of resonance in the short amount of time he is afforded.

This exhibition is sponsored by style.com.

For more information please contact the gallery at info@danzigerprojects.com or at 212 629 6778. 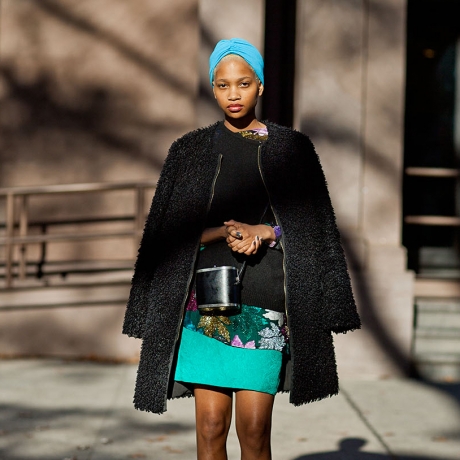