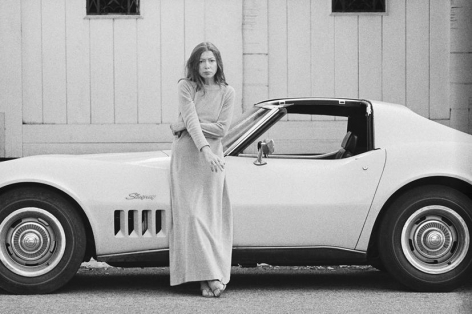 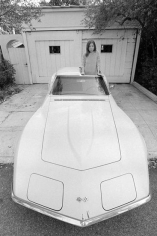 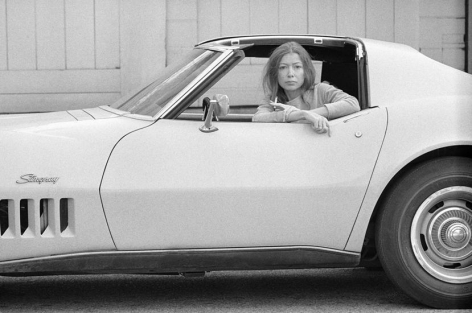 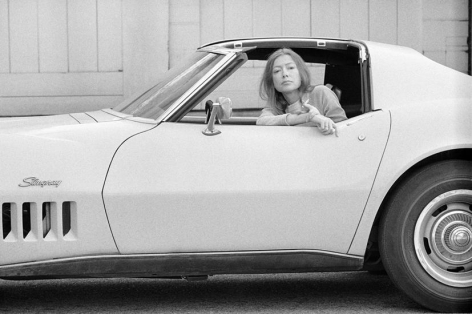 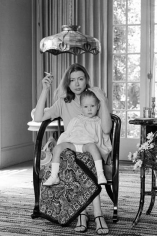 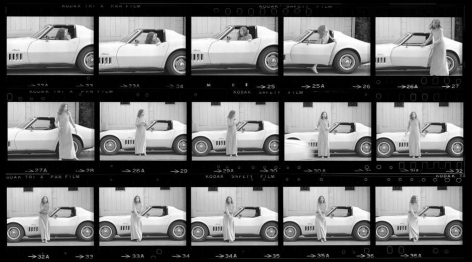 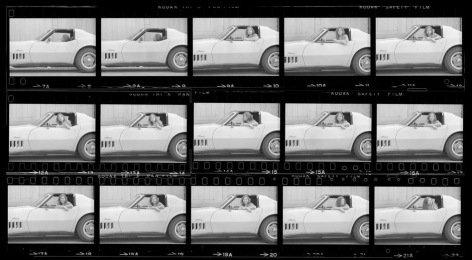 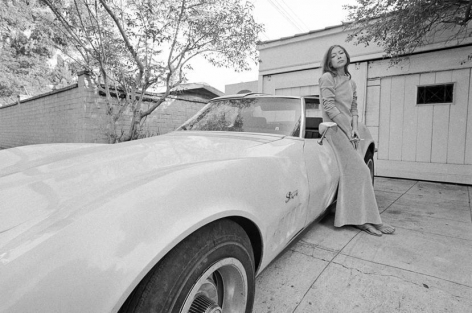 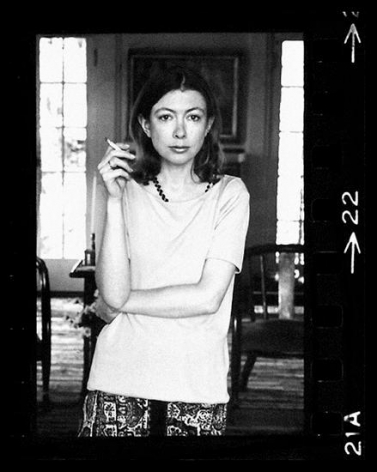 Julian Wasser started his career in photography in the Washington DC bureau of the Associated Press where he met and accompanied the famous news photographer Weegee – who would become a lasting influence on him. In the mid-60s Wasser moved to Los Angeles as a contract photographer for TIME, LIFE, and FORTUNE magazines and becoming internationally known as the go to guy for getting candid but memorably composed photographs. (His iconic images of Jack Nicholson and Anjelica Huston; Marcel Duchamp and Eve Babitz; and a young Jodie Foster are already classics.)

In 1968 TIME Magazine assigned Wasser to go to the home of the young writer Joan Didion whose book Slouching Towards Bethlehem was becoming a literary sensation. “I’d read her fiction,” said Wasser. “and she didn’t miss a thing. She was such a heavyweight person.”

Wasser shot Didion at her rented house on Franklin Avenue in Hollywood, where she lived with her husband, the writer John Gregory Dunne, and their daughter, Quintana Roo. “It was a nice, cozy house,” Wasser remembers. “And she was a very easy person to talk to. No Hollywood affectations.”

They started the shoot inside the house, and then moved outside where Wasser posed Didion with her recently acquired yellow Corvette Stingray. Didion has said that the photograph with Quintana Roo on her lap was her favorite, but the shots with the Stingray and the indoor three-quarter portrait became such icons of style that they inspired the fashion house Celine to do a campaign with the model Daria Werbowy posing in the window of a car just like Didion.

For our project show – Didion by Wasser – the gallery will be exhibiting selected published images as well as outtakes and never before seen contact sheets of Didion that with their repetitive variations take on a Warholian aura.